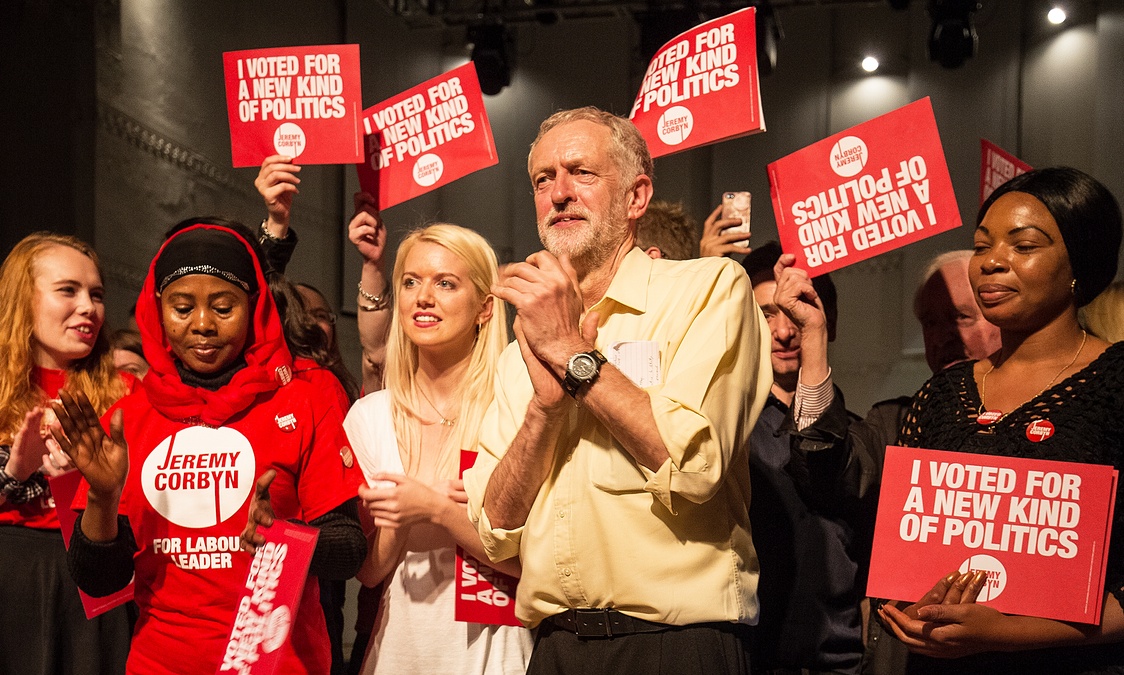 Jeremy Corbyn set out a course for Labour opposing decades long austerity and militarism, but met stringent opposition from both the establishment and his own Parliamentary Labour Party. Mick Hall assesses Corbyn’s leadership and wonders if the outcome of the 2019 election could have been so different.

There are a couple of books being published about the Corbyn years as leader of the British Labour Party, two of which have gained traction in the mainstream media: This Land: The Story of a Movement by Owen Jones and Left Out: The Inside Story of Labour Under Corbyn by Gabriel Pogrund and Patrick Maguire.

So, I thought I would give my two pennies worth about the Corbyn years. It’s not a forensic analysis, just some thoughts of my own.

Firstly, Jeremy never wanted nor expected to become Labour Party leader: he stood because John McDonnell tried to stand in previous elections but failed to gain enough support from the party’s MPs.* The two of them decided Jeremy, given his more mellow and less confrontational personality, might do better in 2015.

In truth they regarded it as a propaganda exercise, not a grab for power, and when the results were announced, Corbyn must have been the most surprised individual ever to become Labour Party leader. The leadership quiet literally fell into his lap for a different number of reasons I will not go into here. Nor will I touch on his triumphs and they were many, not least turning austerity into an exploitative word.

Until 2015 Jeremy had been more a political campaigner than a traditional parliamentary politician. He had a long history of opposing the UKs military interventions overseas from Ireland to Iraq and beyond, defending underdogs whether it were the likes of the Guildford Four, the Palestinians and ethnic minorities from racism and extradition. All this was anathema to the UK state apparatus, the military, security services, judiciary, monarchy, upper echelons of the civil service, and – to their everlasting shame – the majority of Labour MPs.

Nevertheless in 2015, to his great credit, he grasped the poison chalice with both hands. After a very brief honeymoon, the attacks on Corbyn from within the Parliamentary Labour Party came fast and furious, culminating in another leadership election in 2016 in which he wiped the floor with the Blairite candidate: the long forgotten and unlamented Owen Smith.

Nevertheless, for all the euphoria we felt back then, and especially after the support Corbyn’ Labour received from voters in the 2017 general election, the fix had gone in, and in time it would regurgitate to the surface and destroy Corbyn’s leadership.

The dark forces of the UK state had decided their touts and toadies within the Labour Party could not unseat Corbyn by political means: it was time for a more robust approach. Smears, half-truths, and damned lies became the order of the day as the secret state marshalled it’s not inconsiderable forces.

I know hindsight is a wonderful thing and it does not change what happened, but it can though become a warning from history.

By end of 2018, it became clear Jeremy was under ferocious attack. It was hard to see how he could weather the storm, let alone win a general election. Instead of the leadership changing strategy, it was more of the same. They ploughed much the same farrow in the December 2019 general election as they did in 2017 and it turned out to be a recipe for disaster.

My own view on this, and it may seem farcical to some comrades, with Corbyn’s agreement they should have worked out a strategy to flip the leadership just before the 2019 general election, either to John McDonnell or a clean skin. There were enough solid left-wing comrades in Parliament back then who could have filled the role, some having been part of the 2015 intake. To plough on regardless through acres of hostile newsprint being poured over Jeremy and his reputation was a mistake.

In the past almost all Labour party leaders have been given a hard time by the mainstream media. Blair was the one exception and Starmer may be the second. Thus, for the left to continue to play out parliamentary politics under the ruling classes own guidelines simply will not cut it. We need to be far more radical and innovative than this. As James Connolly once wrote, ‘What do we want, we want the earth’. I would add not meagre pickings from the master’s table.


* McDonnell attempted to stand for the position of Labour Party leader following Tony Blair’s resignation in 2007, but failed to get enough nominations. He was a candidate for the party leadership again in 2010 following Gordon Brown’s resignation after Labour’s electoral defeat, but withdrew in favour of Diane Abbot, feeling that he would be unable to secure enough nominations.