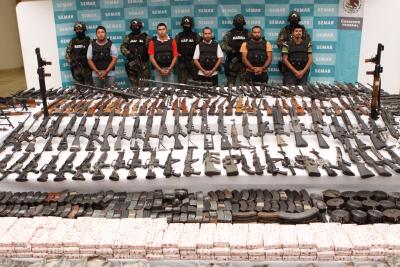 Mick Hall makes the case that addiction, trafficking and incarceration cause enormous harm. How much longer should Britain wait for a rational, evidence-based approach to drugs?

In 1971 US president Richard Nixon said drug use was to become his public enemy number one and the so called ‘war on drugs’ began.

After a bit of US arm twisting, most of the governments in the Western world queued up to join the colours. When you take into account politicians behaving like idiots doesn’t come cheap, the costs to taxpayers and victims of  the war on drugs have become enormous. The USA alone is currently spending upwards of $60 billion annually on a war it knows it cannot win.

Across the world governments have wasted trillions and what is the end result? There are more drugs on the streets today than there were in1971. The senior members of the cartels who control the international drug trade rarely get prosecuted. It’s the same for the banksters and lawyers who wash their ill-gotten gains; and street dealers are replaced within hours of being lifted by the police.

Prisons are bursting at the seam with people who are incarcerated for drug offences, the majority of whom would never have seen the inside of a jail if illicit drugs had been legalised and regulated. The police run around like blue arsed flies crashing down doors and arresting people on the street for drugs which are much less harmful than alcohol which is legal.

Despite all this, the overwhelming majority of senior politicians still support the war on drugs. As to the minority of those who take elicit drugs and become addicts, they’re regarded by governments, most doctors and the mainstream media as bad, mad or sad.

However there are rays of light. After a radical government in Uruguay became the first country to explicitly legalise cannabis in 2015, other countries have followed, including 15 US states, and the sky hasn’t fallen in.

Oregon went a step further and made history when it recently passed the first state law in the USA to decriminalise possession of all illicit drugs including heroin, cocaine and LSD. The measure backed by criminal justice reform groups is aimed at diverting people from prisons by treating possession as a citation and expanding access to free treatment and recovery.

Sadly the UK government is still in the Stone Age and refuses to depart from the infantile and failed ‘war on drugs’ until they get a green light from the US federal government which is not forthcoming.

Even the tens of thousands of people in the UK with conditions as wide-ranging as epilepsy, multiple sclerosis, chronic pain and depression have been denied NHS prescriptions for cannabis despite the drug for medical conditions having been legal for more than two years. The only option for these patients has been to go to private doctors to obtain private prescriptions, but this can cost them hundreds of pounds a month and the overwhelming majority of them cannot afford it.

If common sense eventually prevails and illicit drugs are legalised and regulated, what happened in the USA when alcohol prohibition ended will be replicated: the market will step in, agribusiness will grow and sell Cannabis legally and the pharmaceutical industry will manufacture the illicit drugs which are currently illegal.

Albert Einstein wrote “The definition of insanity is doing the same thing over and again but expecting different results”, which sums up those who continue to pursue the War on Drugs perfectly.