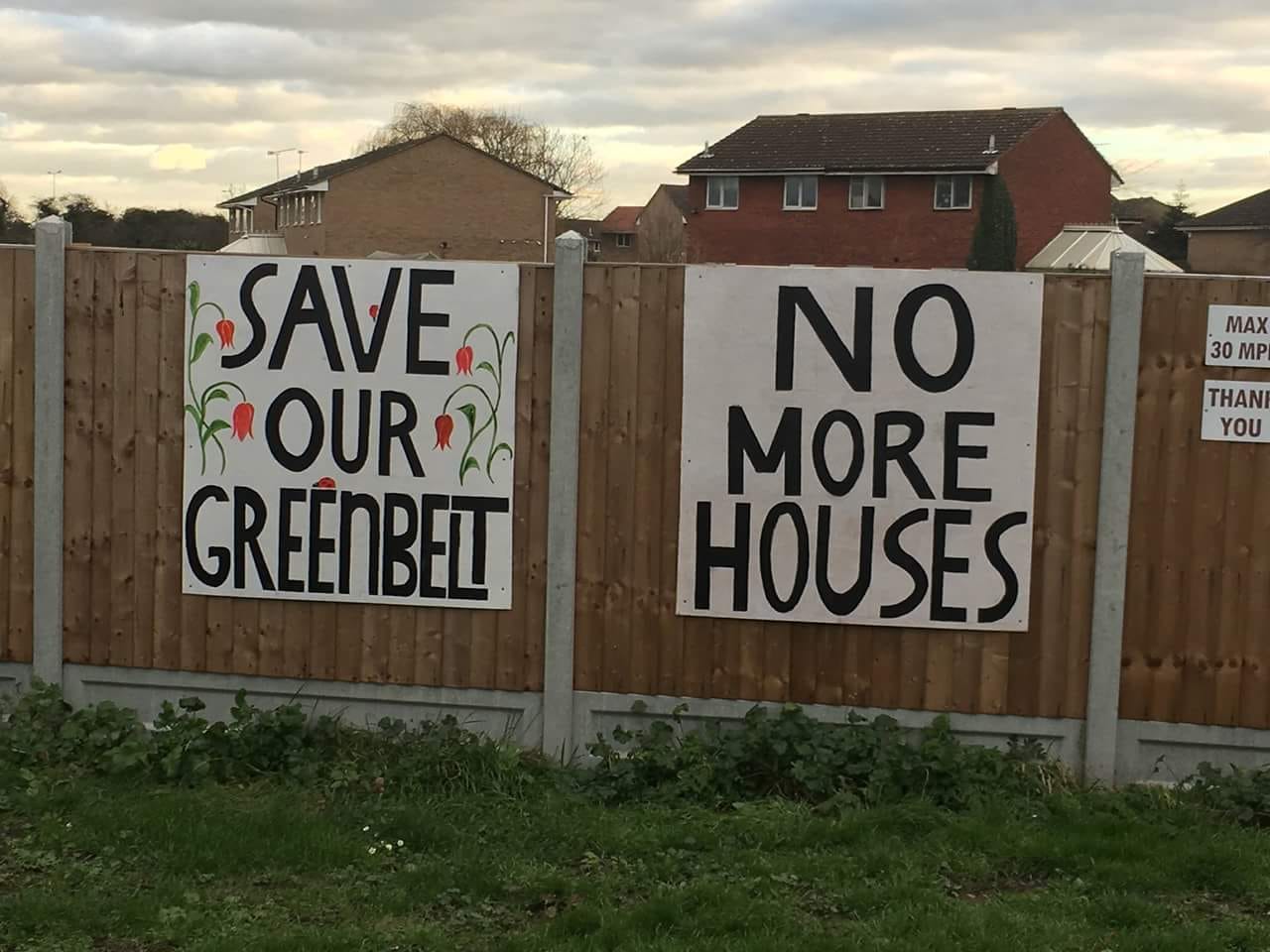 A cross-party, pro-developer alliance on the Planning Committee has voted to build 161 houses on a flood plain against the advice of planning officers and legal advisors. It exposes how Thurrock’s housing game is rigged for the rich. Dara O Cogaidhin argues that Thurrock Labour needs to create a housing policy that reasserts the the democratic rights of the community over the interests of the property developers.

Developers doggedly pursuing plans to build 161 new dwellings on the flood plain between Little Thurrock and Tilbury have been awarded the green light by a small majority of councillors on the Planning Committee. This is against the advice of planning officers and the council’s legal team.

Local residents strongly opposed the plans, building a vibrant grassroots campaign that led to more than 700 objections being lodged, on the basis that the development would add strain on local infrastructure and increase the risk of flooding. Images circulating on social media showed that the site was heavily flooded in January.

Local residents report that flooded gardens, blocked drains, and subsistence are already a recurring problem. Campaigners are concerned that paving over absorbent land will simply exacerbate the current problems. While rainstorms have already doubled in intensity over the past 40 years, the Environment Agency have also estimated that flooding is likely to be ten times more common as localised and more intense rainfall become more common – an effect of climate change that has been predicted by researchers including the Met Office.

Flood plains are often more attractive to developers because they tend to be flat and therefore easy to build on. Building on Green Belt is also more profitable for developers because brownfield sites may need clearing or decontaminating which means additional up-front costs for the developer.

Little Thurrock Marshes also includes significant local biodiversity and is noted for its abundance of wildlife including common species such as hedgehogs, common frogs and kingfishers – all of which are increasingly endangered. Over the past 50 years, the UK’s plant and animal species have declined by two thirds. A significant loss of habitat has been due to unrestricted sprawl.

The playing field in Thurrock has been tilted in favour of private developers, putting the housebuilders’ profits before people’s chances of not seeing their homes under water. The push to grant planning permission in the Little Thurrock Marshes case has primarily come from Labour councillor Gerard Rice – a vocal advocate for developer-led development on the Planning Committee.

On numerous occasions, Gerard Rice has led the charge for development on Green Belt sites to accommodate “top managers” and “captains of industry” in the borough. The result is the continuation of a situation in which working-class residents are increasingly priced out of the areas they grew up in.

The checks and balances that previously defended communities from rapacious developments have been whittled away by successive Labour and Conservative governments, aided by pliable councillors from both parties who are deferent to the whims of millionaire developers.

Gerard Rice’s tenure on the Planning Committee has been plagued by one controversy after another. In 2012 he flouted his own planning rules when he built a huge fence around his property despite admitting he did not have planning permission. In 2019 he had the whip withdrawn from the Thurrock Labour Group pending an investigation around a planning matter. The Labour whip was later restored, but it does raise serious question marks about his suitability for the role.

The Myth of Affordable Housing

Under the plans for the Little Thurrock Marshes development, there will be 87 three-bed homes and 18 two-bed homes sold at market price, along with a further 56 ‘affordable’ homes that will range from one-bed flats to four-bed houses. In broad terms, affordable housing is property below the open market value – typically at around 80% of the market value which is far beyond the reach of most people living in Thurrock.

Thurrock Council’s adopted policy on affordable housing seeks the minimum provision of 35% of the total number of residential units built to be affordable housing. The proposed Thurrock Marshes development is slightly below that. However, despite promises from developers during the planning process, the amount of affordable housing as a proportion of housing completions in 2018/19 was a paltry 6%. In other words, out of the 409 houses constructed in Thurrock during that year, only 13 were affordable housing.

A decade into a crisis of housing affordability in the fifth strongest economy in the world, the truth is the exact opposite of what most people would understand by the term ‘affordable housing’. Thurrock Council is seen as a soft touch by greedy property developers. They understand they can backtrack on promises, citing their own financial viability assessments, knowing full well there will no push back from a majority on the Planning Committee. Too many councillors – both Conservative and Labour – enjoy a cosy relationship with the property class.

The Right to Housing

The 2017 and 2019 Labour Manifestos were timid on housing. Yes, it sustained the break with New Labour’s relentlessly market-driven housing policies, offering strong support for rent controls, landlord licensing and council house building – but there was the same terminological vagueness about Council and Housing Association homes for “genuinely affordable rent or sale”, with no indication of what affordable rent/sale means in real terms.

Both the Conservatives and Labour repeat the mantra of ‘build more houses’, indicating that a greater supply of housing will ease the crisis. But the crisis is caused primarily by a system of house price speculation, not supply. Last year the MHCLG reported that there were 650,000 empty homes in England – just over a third were classified as long-term empty. According to Thurrock Council data, there are 1,109 unoccupied properties in the borough as of November 2020.

Councils have powers for compulsory purchase of such homes but hardly ever use them. Homes sitting empty for no good reason should be taken over and used to house local people. Instead, the majority of the Planning Committee favour speculative building projects that are located and executed for maximum profit.

‘Build more council houses’, on the other hand, is a call with a proven track record. Councils have proven over the last few years that they can build warmer, more attractive, more eco-friendly and more civic housing than the developers.

For residents of social housing in Norwich’s Goldsmith Street – which was awarded the Stirling architecture prize – heating bills are as little as £150 a year due to a mechanical heat and ventilation system that circulates air through the rooms. Built directly by the council, and providing secure tenancies at fixed social rents, the development is an architectural marvel. Only council housing offers genuinely affordable rents and secure tenancies, whilst generating a net surplus that can be invested in expanding badly needed services.

It is essential that Labour nationally breaks with the misleading and failed housing policies of the past. For Thurrock Labour, it means confronting the culture and practice of developer-led development that has ridden roughshod over the concerns of residents like those in Little Thurrock. And it means committing to rewriting planning regulations so that community and environmental interest is put first.