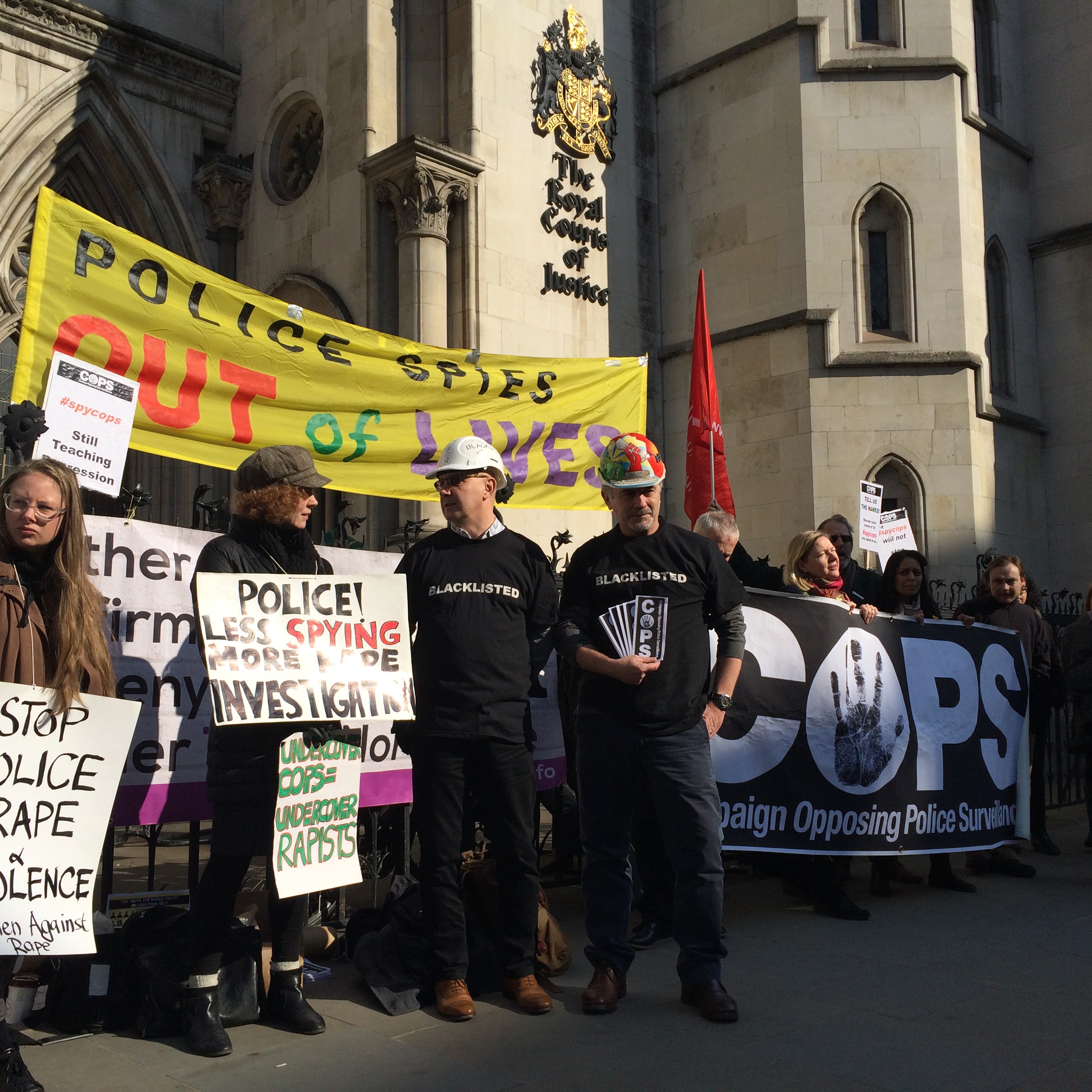 Public inquiries are the way the ruling classes kick troublesome issues into the long grass until the heat has died down. They cost a small fortune, are headed by a ‘trusted’ former civil servant or judge, and if they do make recommendations apart from the froth, they’re only rarely implemented by the government of the day. More often than not their outcome is a whitewash of crimes and misdemeanours committed by UK state agencies.

I doubt the outcome of the Undercover Policing Public Inquiry which is taking place within the Law Courts in The Strand will be any different. Although the inquiry’s remit is to look at undercover policing in England and Wales, two undercover policing units have attracted the media’s attention – the Special Demonstration Squad (SDS) and the National Public Order Intelligence Unit (NPOIU).

The members of these units have became notorious for breaking the law, stealing the names of upwards of 80 dead children to create false identities for undercover police who spied on ordinary people who were involved in perfectly legitimate campaigns. They also acted as agent provocateurs.

Some of these officers stooped down even lower when they formed long term sexual relationships under assumed names with women so they could inveigle themselves into the organisations they were spying on. When their time undercover came to an end, they walked away without a backward glance at the women they deceived, nor a thought about the heartbreak and worry they left behind.

According to information which is in the public domain, members of these units also targeted the grieving family of Stephen Lawrence who was murdered by racist thugs, presumably in the hope they would find something to smear them with if they became to uppity about the metropolitan police’s failure to investigate Stephen’s murder properly.

Despite this despicable behaviour, the Chair of the Inquiry, Sir John Mitting, gave them a free pass when he ruled that 51 of the cover names used by spy-cops must remain secret. He also protected from public scrutiny the real names of 119 undercover officers.

We learnt from Tariq Ali’s submission to the Spy-cops inquiry last week he was spied upon for decades. According to a report in the Guardian, the most recent police report Ali had sight of dated from 2003, when he was elected to the national committee of the Stop the War Coalition seeking to prevent the invasion of Iraq. He said:

“SDS undercover officers were deployed to infiltrate this coalition, just as they  had done for the campaign against the Vietnam war. It is incredible to think that after 35 years, in 2003, under the Tony Blair Labour government, that Special Branch were still engaging in the same anti-democratic activity as they had been at the outset,”

It’s not only senior government ministers who served in the Blair government who have questions to answer: the current Labour Party leader Sir Kier Starmer may also have to as well. The Special Demonstration Squad (SDS) and the National Public Order Intelligence Unit (NPOIU)  worked closely with Mi5 and the Crown Prosecution Service; the former was renamed the Special Duties Squad in 1997 and disbanded in 2008 which overlaps with when Starmer started working at the Crown Prosecution Service.

In 2008 Starmer became Head of the Crown Prosecution Service. He needs to explain what he knew about the Special Duties Squad or any successor undercover police units as only an ignoramus would believe this type of undercover policing  does not still go on today.

It’s worth remembering in 2014 when austerity was squeezing dry some of the most economically disadvantaged working class people, Kier Starmer accepted a buggings turn knighthood offered to all former Director’s of Public Prosecutions and Heads of the Crown Prosecution Service when they leave office. Which tells me his first loyalty is to the Crown, not the working classes.