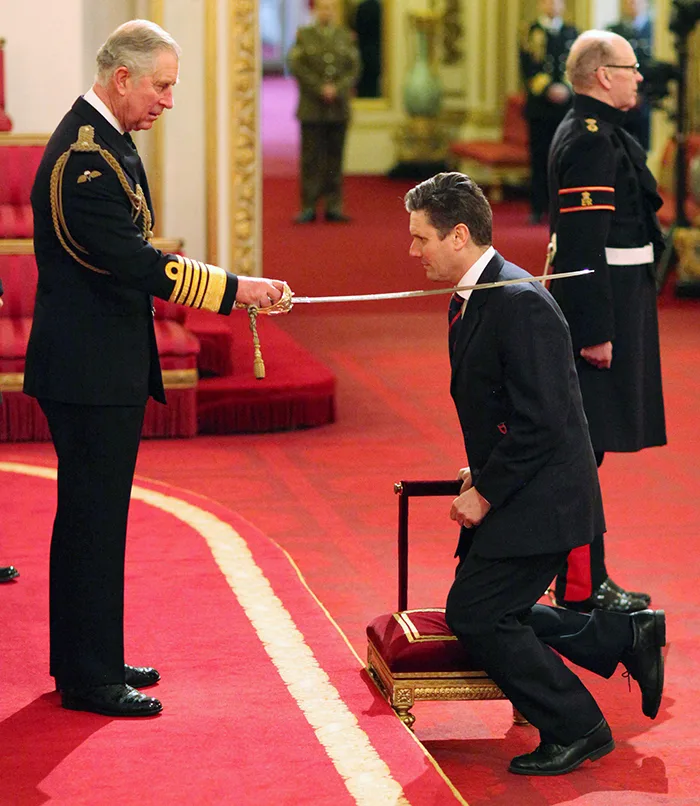 Mick Hall argues the Monarchy and the House of Lords are relics of feudalism and should be abolished. Their existence is undemocratic and they are used to justify the growing class divisions in society. So why are the Labour Party so deferential to the descendants of brigands, muggers, bribers and gangsters?

One of the biggest mistakes the Labour Party have made since World War II has been its refusal to fight to reform and democratise the bastions of the British state, whether it’s modernising parliament due to its archaic traditions set in the mould of the upper classes, or institutions like the judiciary, military, the monarchy and unaccountable elements of the hard state like the security services.

The powers of all of these reactionary institutions and others are in the DNA of the British State and have been for decades, if not centuries. Instead of bringing them crashing down and replacing them with democratic institutions, the Labour Party leaderships down the years have nourished them, fawned before them, and Sir Kier Starmer is no exception.

In his first leader’s speech, he praised the monarchy, and also expressed a view of patriotism which encourages working class people to look up to their so-called betters. There is nothing wrong with patriotism, but it has to be on a level playing field, not as it is today in the UK: a celebration of a fictional Britain and Empire weaved around WWI and WWII.

Even when Labour governments have been elected, they have always failed to act decisively against these powerful institutions. They merely tinker around the edges in the belief they will become acceptable in the eyes of the ruling classes and their mainstream media gophers if they acquiesce to their way of doing things.

By acting in this subservient manner, it makes it all to easy for the Tories, when they’ have returned to power, to sweep away any good the Labour Party did whilst in office. Not least because the structures of the state and its institutions have not changed. It’s a perpetual game of snakes and ladders with the working classes losing out almost every time.

Take Starmer’s cuddling up to the crown. The monarchy is an unelected institution which sits at the pinnacle of a class prejudiced system.

One would have thought Labour governments down the years would have acted to democratise the position of the head of state by abolishing the Monarchy and giving the people an opportunity to elect the head of state. But no – this dysfunctional family still struts the stage as if it were the 19th century.

Imagine the outcry if Germany’s system of honours were linked to the Nazis period in power along with its crimes and genocide?

Yet the British Honours system is purposely linked with the British Empire when it trades under titles like MBE, OBE etc., thus directly linked to some of the most awful crimes in history. Crimes against humanity such as slavery, massacres, war crimes, mass murders of countless innocent people, famine and grand larceny on an unimaginable scale; all of these were the order of the day within their wretched Empire.

Why anyone would accept an honour with such a blood-stained legacy is a total mystery to me?

So, why hasn’t the Labour Party whilst in office tackled this and established an honours system fit for purpose?

To give readers a clue, it’s worth noting three out of the four post World War II Labour prime ministers accepted Peerages, and the current party leader accepted a Knighthood.*** (Whilst he never became PM, need I mention Baron Kinnock of Bedwellty and Baroness Kinnock of Holyhead who received two for one?)

It’s hardly surprising then the UK is one of the most unequal nations in the western world, when both of the main political parties bend the knee to the crown so gleefully.

Where does such gross inequality spring from?

As I suggested above, it is factored into the state and has been for centuries, yet even when the Labour Party have been in power, as with the monarchy and honours system, it has always failed to challenge these inbuilt advantages for the ruling classes.

If anyone doubts they exist, only 7% of British citizens went to public schools,** whereas 71% of the judiciary did, 62% of senior military officers, 55% of senior civil servants, and 50% of members of the House of Lords – the unelected second parliamentary chamber. ****

Just one in a hundred members of the general public were educated at an Oxbridge college, yet from these two elitist universities 75% of judges, 47% of newspaper columnists, 50% of diplomats, plus one in four MPs are Oxbridge graduates.

As to the mainstream media, it’s overwhelming owned by billionaires and manned at senior levels by people who went to an elitist university, a public school or both – and this is also true of the BBC.

Is it any wonder the UK is one if not the most unequal and class prejudiced nation in the world? And will remain so because, not only the Tory Party, but also the Labour Party leaderships subconsciously or not, prefer it that way? *

* Corbyn Labour was an aberration not the norm, this made Jeremy a dangerous man for the ruling classes and the majority of LP MPs, hence he was all but crucified, then for this shower of shit it was back to business as normal.

** Elitist private schools which have charity status and cost a small fortune to attend.

*** The 4th Tony Blair hasn’t got around to it yet as he is still busy traveling the world hovering up money for favours rendered whilst he was in office.

**** When in power the LP didn’t even remove the Charity Status from public schools.