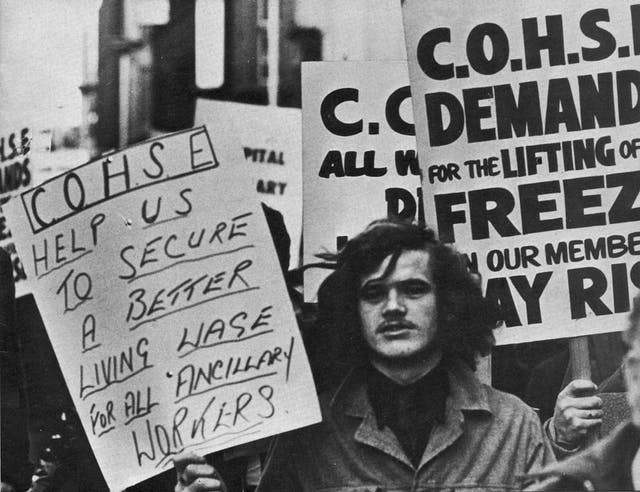 In the early 1970s the Tory government tried to unleash war on the working class. Workers in Thurrock defied anti-union laws, took unofficial action and struck to support other workers. Mick Hall argues there are still lessons to be learned.

I was browsing the local Labour Party Forum and I came across the following comment: “The majority of older folk remember 1970s Strikes and don’t wish to go back there.”

It bugged me because it’s a misconception about the 1970s; it may have been true of the middle classes but it certainly isn’t true of the working class, although it’s what the ruling classes want the generations to believe who weren’t there in the seventies.

In reality it was an interesting time to be working class and a member of a trade union, an age when the TUC had 13 million members and working class people put some manners on there employers. An age when Labour governments had to listen to the working classes due to the strength of the trade unions.

The trade unions were not strike happy; its a fallacy.

Having been a shop steward in the 1970’s in the construction industry, when those I represented were far from being shrinking violets, I know we didn’t go out the gate at the drop of a hat. We had mouths to feed – you don’t take going on strike lightly!

But if employers acted badly we were determined to put some manners on them by all and any means, including going on strike, but this was always a last resort, and only after a decision was made at a mass meeting by a show of hands. This was direct democracy at its finest and don’t believe anyone who tells you differently.

Much the same happened in all organised industries within the UK, whether they were factories, public transport, rail road and sea, the docks, Royal Mail, power generation, oil refineries, coal mines, and local councils etc.

It really was an age of solidarity; for example, in Thurrock when construction workers went on strike after their employer failed to take seriously their fears about asbestos within the work place, they sent delegates to construction sites across the borough asking for financial support. I cannot remember it ever being refused. Why? Because workers knew one day the boot may be on the other foot.

Back then the trade unions also had a strong presence within local communities throughout the borough whether it be the T&GWU office in Tilbury, or the numerous Trade Union Branches which met in Grays, Belhus, Tilbury and Stanford.

The Thurrock Trade Union Council’s monthly meeting in London Road Working Men’s Club in Grays were pretty lively in those days. It wasn’t unusual to have upwards of 50 delegates attending from trade union branches across the borough.

It’s activities were not confined to a monthly meeting; there were Mayday marches through Grays and coaches hired to take Thurrock trade unionists to demonstrations in London. The debates were wide ranging; for example, a resolution was carried at the trades council which helped get the ball rolling for more cleaner air in the borough.

My point is it was working class folk who are now getting elderly who were the members of the trade unions, who demanded a fair slice of the economic cake and not just the crumbs left on the table. Rather than being appalled by the strikes, they participated in them, or gave support to those who had no alternative but to take strike action if they were to maintain their living standards and their health and safety at work.

Today many older working class people look back fondly on a decade in which they actually had a voice. In many cases, rightly or wrongly, it’s why they voted for Brexit, not least because when the incoming Blair government refused to take Thatchers anti-trade union legislation off the statute book, they very gradually began to drift away from supporting the Labour Party. Believing the trade unions along with their voices had been neutered by both New Labour and Tory governments, they weren’t wrong. As I mentioned above, the TUC had 13 million members in the 1970s. Today it has a mere 5.5 million.

True it wasn’t paradise back then, but there were enough council houses to go around, many of them built to a high spec. The NHS was still blossoming without private companies getting their snouts in the trough. Zero hours contracts were not yet a blot on the horizon and within the workplace, both unions and with a nudge employers, still believed a hard days work is worth a fair days pay.

When the mainstream media are babbling on about how awful that decade was, it’s worth remembering these simple facts!