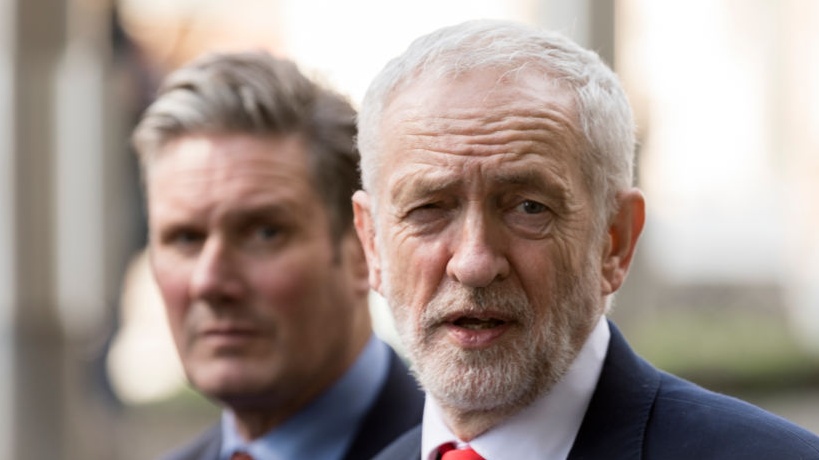 Mick Hall is a veteran socialist and lifelong resident of Thurrock.

After the 2017 election result, the ruling classes having realised Corbyn’s Labour posed a real threat to their power and privileges, began pulling the hard and soft leavers of the state. The upper echelons of the mainstream media who were always hostile to Corbyn rushed to join the fray, as did the Blairites in the party who weren’t slow in stirring the pot having seen an opportunity to return to the days when they licked the gravy.

When anti-Semitism was added to this poisonous mix by Zionists who were themselves racists, the pressures on Corbyn were ratcheted up. His accusers clearly understood anti-racism was a cornerstone of Jeremy Corbyn’s political beliefs and being tagged an anti-Semitic would cut him to his core.

Instead of coming out with all guns blazing, the Corbyn leadership starting make concessions, never a good idea politically when you’ve done nothing wrong. It inevitably emboldened enemies and added flames to the fire.

First the leadership set up the Chakrabarti Inquiry. When this failed to douse the flames, they reluctantly began throwing old comrades and allies under the bus: Ken, Marc, Tony, Linda, Chris etc….. and the forward march of Corbyn Labour gradually began to stall.

Throughout the 2019 election campaign and before, the mainstream media and the internet were awash with sewage, much of it being poured over Jeremy’s head. It was shameful and hateful – yet another lesson if we needed one in how low our enemies will stoop to protect their own interests.

When Jeremy apologised on live TV for anti-Semitism in the party, despite knowing full well the accusations were a total stitch up, it became clear the game was up. No shame in this: Corbyn gave it his all after the leadership fell into his lap, but by the end of his period in office he and his leadership core had a formidable array of state agencies, foreign security services, media Oligarchs and ruling class Toadies against them.

Nevertheless there are lessons to be learned for the future and not betting the whole house on the LP is one of them.

One of the greatest achievements of Jeremy Corbyn’s period in office, whether they were party members or not, was that he managed to unite the left around core policies. Given just how fractious the left have been historically this was no mean feat: Trotskyists, Left wing reformists, Stalinists, anarchists etc. plus people who were new to politics supported Jeremy and just as importantly the policies which where solidified in the 2017 election manifesto. They were truly days of hope.

Yet we are where we are, in the days of reaction it’s easy to turn on like minded comrades who are part of the other, or keep your head down especially when the enemy holds most of the cards.

We haven’t yet returned to the days when the non-Labour left regarded the Labour Party left as reformist sell-outs who must be challenged if not exposed. Nor have we reached the stage where the Labour left regards the aforementioned unrealistic opponents who need slapping down if they get to numerous and uppity.

However, unless we find a way to work in tandem, whether we remain in the party or not, we may well be heading back to the future.

Official Labour Party figures have confirmed the party’s membership is heading south as more become disillusioned with Starmer’s political direction. There was a fall of almost 70,000 in just four months, making it imperative those on the left, whether they stay or leave, that the party remains in contact, especially at a local level so they can co-ordinate and organise campaigns, activities, and events.

What we desperately need is a broad-left coalition which will be independent from local Constituency Labour Parties (CLPs). I cannot express the need for it to be independent strongly enough. Far from treading on Labour Party toes in places like Thurrock, it would be ploughing fallow ground which the CLP long ago abandoned.

The bare bones of this already exists in some areas. In my borough, there is the Thurrock Labour Left, although due to the pandemic and the shutdown it has failed to gain much traction yet. With Mr Starmer and his acolytes threatening to shut down debate in CLPs, with new rules on what cannot be discussed at meetings, and with many former party members left blowing in the wind, we need a forum in which politics can be debated and organised in an open and transparent way without fear of sanction.