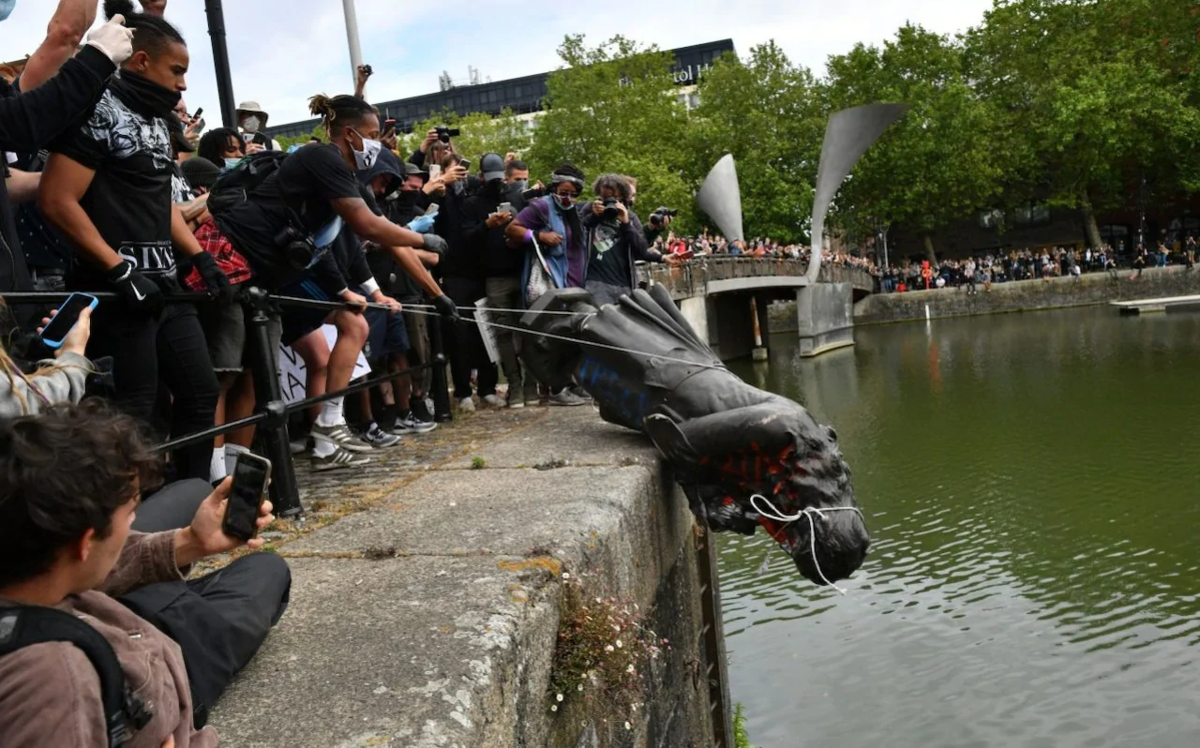 We are living in a historical moment. The rebellion against systemic racism sparked by the murder of George Floyd has generated ruptures and tensions at the highest levels of power. The purpose of this reader is to introduce articles analysing the radical nature of this moment and addressing where we go from here.

The demonstrations that have erupted globally are the manifestation of long-simmering, systemic racial inequities. Clive Lewis MP argues that Black Americans have seen their civil rights regress for 30 years. Racism became a useful tool for elites that required a divided working class: Mexicans, Muslims and immigrants became the bogey man for declining living standards in the US. He writes that “where the accumulation of wealth and power has been inextricably linked to the notion of racial hierarchies, structural racism will run deep.” Cornel West reiterates this point but surmises the culmination of events, from George Floyd’s murder to Depression levels of unemployment, will expose growing fractures in society and “bring down the curtain on the American empire”.

Avram Muñoz states that George Floyd’s murder is the latest chapter in 150 years of violence and killings by Minneapolis Police Department (MPD). In each of these instances, there has been little or no institutional change within the police. Peaceful protests have met with brutal tactics on the part of the MPD over many years. The eruption of anger is a symptom of the repression people have suffered. Joshua Virasami argues that “when peaceful protestors themselves cannot breathe through the teargas – when they are gunned down in the street by vigilantes – they will, if not through the sheer human will to survives, protest violently”.

Procedural reform of the MPD introduced in 2018 has failed and there are growing calls for the MPD, and other police departments across the US, to be defunded and disbanded. Alex S. Vitale, the author of The End of Policing (currently free as an e-book on Verso), argues the police should be defunded: “What we need is more counselors, more social workers, more teachers’ aides, more high-quality extracurricular activities”. In a podcast interview with Aaron Bastani, he explores the long history of police violence and explains why policing alternatives such drug legalisation, restorative justice and harm reduction has led to decrease in crime and injustice.

Closer to home, Priyamvada Gopal reminds the reader that the UK has its own shameful history of BAME people who have died in police custody: Mark Duggan, Rashan Charles, Sean Rigg, Sarah Reed, Faruk Ali, Anthony Grainger and the list goes on. She argues that as “we express horror at events in the United States, Britain must turn the lens of historical reckoning and racial honesty upon itself.” Following a similar theme, Afua Hirsch informs us that Britain helped invent anti-Black racism, industrialised black enslavement in the Caribbean and initiated apartheid across the African continent. She also admonishes Tory ministers downplaying the traumatic impact of structural racism on BAME communities in the UK.

The delayed publication of a Public Health England report into the disparity of BAME deaths from Covid-19 has shone a spotlight on institutional racism. Gary Younge, citing figures from the Office of National Statistics, states that Black people are four times more likely to die from Covid-19 than White people. The King’s Fund highlights the depth of inequalities leading to higher morality risk among BAME groups. They hypothesise that these groups are at increased risk because they are more likely to live in deprived urban areas, in overcrowded households and work in jobs that expose them to higher risk.

Britain’s colonial past and its role in the transatlantic slave trade has come into stark focus with the toppling of Edward Colston’s statue in Bristol. Colston used the profits from slavery to fund schools and hospitals in Bristol, many of which still bear his name, but research from the Runnymede Trust reveals there is a greater disparity between white and BAME groups in Bristol than any other part of the UK outside London on measures of employment, education, health and housing.

The actions of the Black Lives Matters protestors, dumping a monument to a slave trader into the harbour, won plaudits all over the world but came in for heavy criticism from pillars of the establishment including Boris Johnson, Priti Patel and Keir Starmer. In response to the critics, Dawn Butler MP writes, “No one has achieved anything by just writing a letter or by having a quiet word.” Direct action gets results. The Bristol bus boycott of 1963 proves that. Would Robert Mulligan’s statue in West India Quay have been removed if Colston’s fallen idol had not been torn down by anti-racism protestors?

The historian David Olusoga underlines the symbolic significance: “This is history. It is one of those rare historic moments whose arrival means things can never go back to how they were”. The archaeologist Neil Faulkner borrows an old adage from Lenin and describes the events in Bristol as a “carnival of the oppressed”. With mocking disdain, he aims fire at the custodians of the Empire: “The philistines are denouncing the performance artists with the ignorance of ages. I would recommend a Turner prize”. To make lasting change, of course, we need to organise and tear down the structures that perpetuate racism and inequality.

Will that leadership comes from the Labour Party? Not likely. Many BAME and Labour activists expressed anger at Keir Starmer’s condemnation of events in Bristol and his claims that “it was wrong to do it”. For decades petitions and lobbying did not yield results, even when Labour took full control of the council in 2016. Jason Okundaye captured the mood of the anti-racist protestors: “We are tired of waiting. We are tired of bureaucracy. Is the expectation that, after decades of degrading debate, devil’s advocates, harassment from media and descendants of aristocratic houses, we should accept a slave trader being quietly transported under the cover of night by contractors to a warmer home in a state museum? That is not right.”

The labour historian Simon Hannah counterposes Starmer’s defence of law and order with liberation movements that broke the law knowingly in a just cause: “The African National Congress, the freedom riders, the Stonewall riots, Suffragettes – all broke the law. Does history say they were wrong to do so?”

And finally, Aneesa Akbar takes Starmer to task for his record on racism since he ascended to the Labour leadership. Two months on since the leaked Labour report on antisemitism revealed the abhorrent racist abuse directed at Black MPs, not a single senior staff member who participated in these intolerable acts has been suspended or expelled. In response to Starmer taking the knee, she writes: “It’s time for BAME Labour members to demand justice within the party and to send a message that no amount of kneeling will make us forget about the contents of that report. This will mean building BAME organisations and a Labour Left capable of holding those in the party hierarchy to account.”