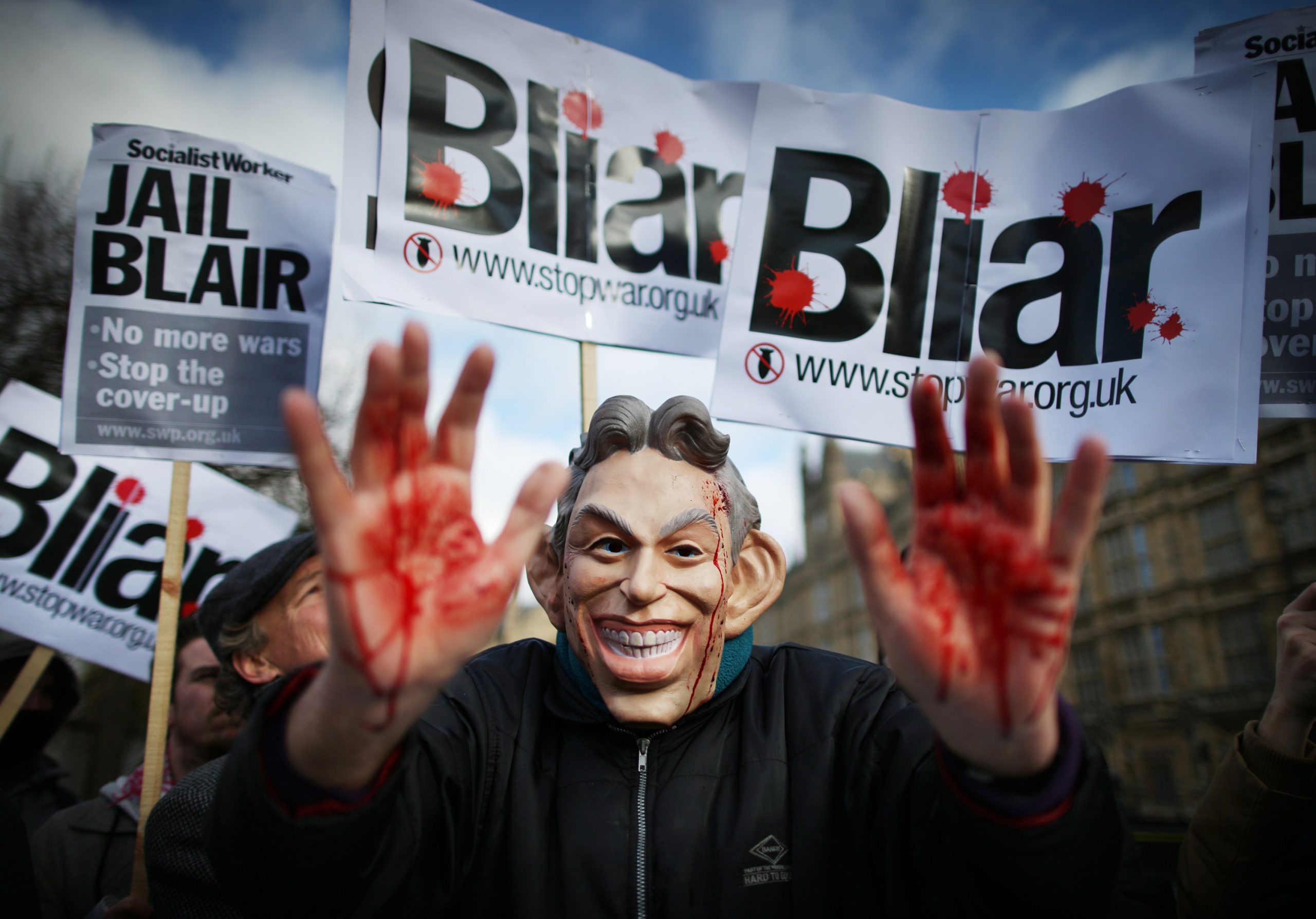 Nearly 20 years after launching an illegal war that killed hundreds of thousands of Iraqi civilians, Tony Blair is still advising despots, dictators and the Labour Right. Mick Hall argues he should have joined Radovan Karadžić in the dock.

Last week it was agreed by the UK government that the former Bosnian Serb leader Radovan Karadžić, convicted of war crimes during the Balkan conflict of the 1990s, should be transferred to a British prison to serve the rest of his sentence.

I have no time for Karadžić; he can rot in jail as far as I’m concerned. But in the same week the UK mainstream media and the right-wing of the Labour Party were lauding another war criminal whose crimes make Karadžić’s, as ghastly as they were, look like small beer.

Tony Blair is regarded by most fair minded people as a war criminal. In 2003, along with George Bush, he waged a war of aggression against Iraq.  He also engaged in a conspiracy with George W Bush and others to justify waging an illegal war which is also a crime under international law.

His wretched and criminal behaviour resulted in approximately 461,000 Iraqis losing their lives, with countless others injured. It also left much of Iraq in ruins.

Yet none of this matters to the mainstream media nor the Labour Party which has not even removed him from its membership list. Indeed the opposite is true; after leaving office he spent the next decade hoovering up cash from bankers and multinational corporations he did favours for whilst in power.

He has now re-emerged as a player in British politics.  In the last month alone, he has written columns in The Times and Guardian and been interviewed on BBC TV and Sky. It’s also been reported he is advising Sir Keir Starmer; the current leader of the LP.

To paraphrase Stalin: if you kill one human being it’s a crime, if you kill hundreds of thousands and help set the Middle-East ablaze, it’s a statistic.

If there were any justice for his victims, by all rights, Blair would be in a cell in the Hague.