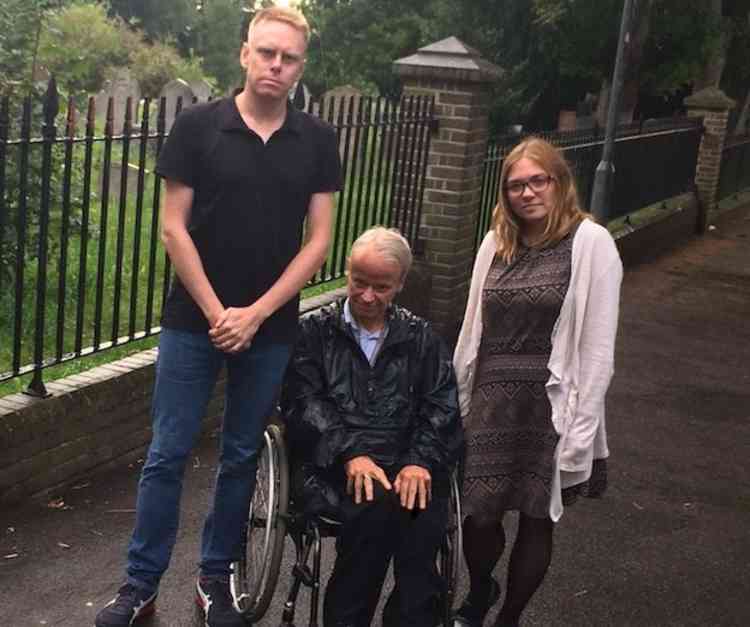 In spite of the international waves currently splashing over from across the Atlantic, it is important to remember that, on a day to day level, that politics is local. Pavement politics is where it is at. If anything, the current pandemic has shown that politics should be exercised at the lowest possible level in order to be effective.

Here in Thurrock, ward councillors have the privilege and opportunity to represent the areas that elected them, and work with the community to make a difference. Whilst it is a privilege to this on your own, it is a joy to share it with diligent and hard-working friends. In this respect, to have Cllr Jane Pothecary and Cllr Tony Fish serving the people of Grays Riverside alongside makes the burden light.

We are a team, who share out the work and enjoy the rewards together. There are no egos amongst the three of us. It is a relationship rooted in trust. A trust built on the fact that we may (only very occasionally!) disagree in private, but we always publicly support and back each other. It does not matter who might have put more work into a particular case – we share the success together. You would never know which individual out of the three of us secured the result of a particular campaign – we claim the victory together. This is because we are three individuals who are skilled in some ways and limited in others. Yet, when we combine, we really do live the words of Clause IV of the Party constitution: ‘By the strength of our common endeavour we achieve more than we achieve alone.’

We are rooted in the community we serve. We are fully involved in the community forums and residents’ associations. We listen to our residents, act on their concerns and always report back. We are proud of being founding members of the Seabrooke Estate Resident Association, going from a handful of people in committee room 3 in the Civic Offices, to a bustling and active group who, at the last meeting before lockdown, were short of space even in the hall of the Seabrooke Community House. We are active members of the long-running Thameside Community Forum based at Belmont Village Hall in Parker Road.

We support each other and achieve results using a combination of methods. Sometimes, lobbying officers is what is needed. Other times, it is lobbying Portfolio Holders. Often, a petition presented at Full Council can really help. ‘Calling In’ council decisions can often make a difference. Putting pressure for a change through the press helps, too. For the really big cases and campaigns, a combination of all these methods gets the required result. And, of course, the three of us are always helped in our endeavours by the leadership of the Thurrock Labour Party.

Over the years that the three of us have been a team, we have secured some really good results which make a difference to the day-to-day lives of our residents:

At a time when most of the world has its eyes on events in Pennsylvania, Georgia, Arizona and Nevada, it is worth re-orientating ourselves back to the local. Seeing the national profile of regional Labour mayors such as Andy Burnham, Steve Rotherham, Dan Jarvis and Sadiq Khan rising, it is clear that the direction of travel is local. Here in Thurrock, we are blessed with a cohort of local Labour councillors who give their all to their wards. The challenge going forward is to add to that number, take the Council, undo the damage of that the Tories have done, and use Thurrock as the launch pad for a regional Labour revival.