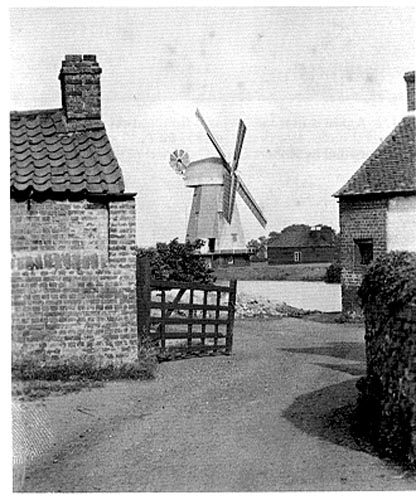 Farm working in South Ockendon once provided opportunities to escape the deprivation of the capital. Mick Hall laments the manic drive toward profit that led to extreme ecological vandalism which still has repurcussions today.

The landfill site north of South Ockendon village is a prime example of the short term greed of capitalism and the damage it does to the environment.

As a child I lived in Hall Lane, South Ockendon. Us kids whose dads worked on the farm were allowed to roam the beautiful countryside, build our camps in ditches and fish in the moat alongside the old Windmill. It really was an idyllic place to grow up in.

The farm was one of the largest in Thurrock.  It’s boundaries stretched from the Royal Oak pub in the village down to the Mardyke river near Bulphan. Both arable and dairy, it employed and housed 12 families, many of them immigrants from Italy.  By any standards, it was without a doubt a profitable and productive business.

My dad was a cowman who milked the cows twice a day and saw to their needs.  The house we lived in was solid and it had an inside toilet and bathroom.  I mention this as before we moved there in 1955, we never had such amenities; it was an outside toilet and a tin bath.

Around 1963-64 the rot set in when the farm changed hands and new owners moved in.  The dairy herd was sold off and my dad was given the sack. As we lived in a tied cottage, we were evicted by the new owners.  They were not interested in farming; what they were after was under the ground.

Like much of the land in parts of Thurrock, once the gravel and sand was exhausted, all that was left was an empty quarry. Eventually the quarry was turned into a landfill site which over the years has polluted the whole area.

Dave Ponsonby, who is a font of knowledge about the area, told me that “the quarrying reached the boundary of Hall Farm in 1977.  It began to encroach gradually over the following years and by 1987 it had moved across the lane to the bottom end of Mill Meadow. The backfilling began a little after that and was certainly in full swing by the time I got married and moved out in 1992. Our wedding reception was swamped by a plague of flies from it.”

Today the situation is even worse. If the wind is blowing in the wrong direction, the stench in the village is palpable as are the flies.

A lack of foresight by the local authority, greed and crass stupidity has ended a way of life which had lasted for hundreds of years.

As to the once bountiful land, it will never be fit for cultivation again.