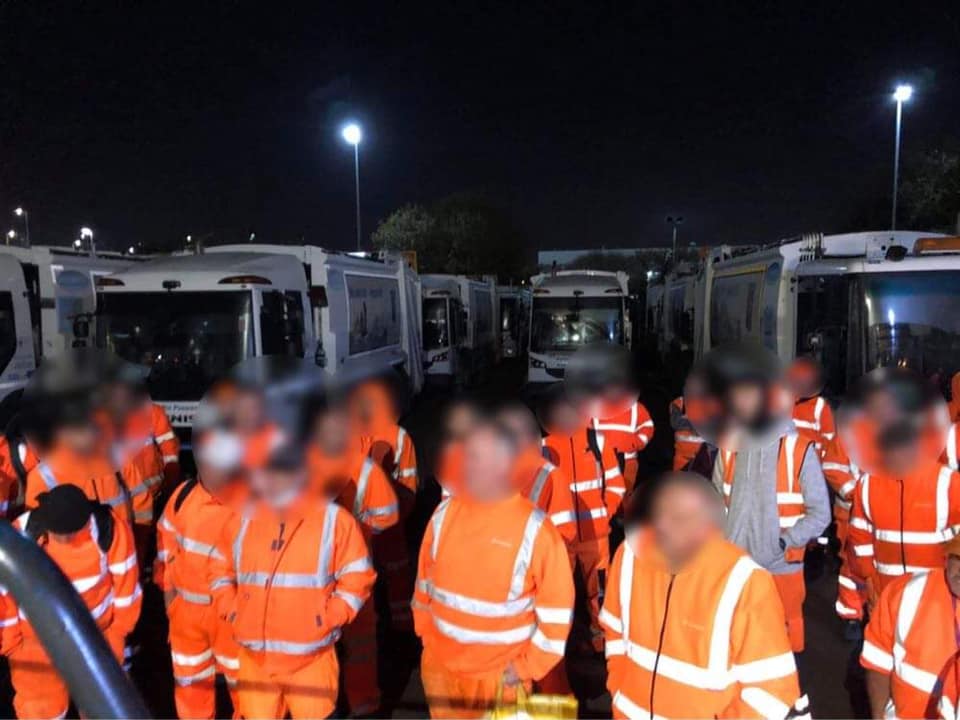 In May the Bureau of Investigative Journalism found that Thurrock Council’s debt dwarfs their annual budget of £220 million. The Tory-run administration borrowed and invested more than £1 billion, from 150 local authorities, with little public scrutiny and now predicts a net loss on its investments by 2023 due to rising interests and other repayment costs.

In October it was reported that Thurrock Council would add an additional £30 charge for brown bin collections and that green recycling bin collections would go fortnightly. This prompted concerns that a number of refuse workers would be laid off.

The Council blamed the cuts on the cost of dealing of dealing with Covid-19, but Thurrock Nub News revealed they were facing a potential budget shortfall of more than £20 million. Now the Thurrock Tories want a race to the bottom. They want our hardworking refuse workers to pay for their crisis.

But Thurrock’s refuse workers are standing up to the Tories. They have shown how workers’ struggles can suddenly burst forth, inspiring street cleaners and highway gritters to join their fight. Thurrock Labour should stand shoulder-to-shoulder with them and support the strike: no ifs, no buts, no equivocation.

Below is a report by Unite activists and organiser Willie Howard:

Thurrock refuse workers take a show of hands to start the process for strike action. Following on from successes in Newham, Bexley and Greenwich; the binmen of Thurrock in Essex have now stood up to be counted.

The Tory-run council has proposed slashing these workers’ salaries by between £2-3.5k a year. Meanwhile, no changes will be made to the salaries of senior management of course. These people are part of the army of key workers that kept this country going through a pandemic; they were clapped and applauded – is this their reward?

Thurrock Council have another thing coming if they think we’re going to lie down and have them rob us blind. Not on your life. A follow up meeting of street cleansers and highway gritters also saw them join the fight with over 30 people joining the union this morning alone. I am privileged to be working alongside them.

No to attacks on key workers and yes to strike action. Victory to the Battling Binmen of Thurrock.